After Wax appeared on “TGS,” Loury shared a response from one of his listeners, George Lee, on Substack. “I usually agree with Amy, but her views on immigration (which she had stated earlier elsewhere) disturbed me,” Lee wrote. “Again, no one is entitled to immigration. But do we want to do without, to give a dramatic example, key contributors to the Manhattan Project, like Edward Teller and John von Neumann, when, as it turned out, German physicist Werner Heisenberg was just one calculation error away from a Nazi atomic bomb? Amy herself did come from an immigrant Jewish family.”

Wax addressed Lee’s response by  repeating Asian stereotypes and writing that Asians possess a “desire to please the elite, single-minded focus on self-advancement, conformity and obsequiousness.” She claimed that Lee is “is too optimistic about the influence of Asians and Asian immigrants on our polity and culture.”

She also wrote about Asians’ supposed “lack of deep post-Enlightenment conviction,” “lack of thoughtful and audacious individualism” and “indifference to liberty.”

She concluded her response by saying, “As long as most Asians support Democrats and help to advance their positions, I think the United States is better off with fewer Asians and less Asian immigration. There needs to be more focus on people who are already here.”

Wax’s response drew outrage on social media, where many pointed out that she had previously used white supremacist rhetoric to promote anti-Black sentiment.

“What the sh*t in the f*ck,” blogger Angry Asian Man tweeted.

What the shit in the fuck https://t.co/Hhd2z4wsxH

“Ah, it’s the yellow peril all over again,” one user wrote.

Can’t believe these remarks even exists in 2021 from a professor whom herself was a second generation immigrant.

“Can’t believe remarks even exists [sic] in 2021 from a professor whom herself was a second generation immigrant,” another user said.

Can’t believe these remarks even exists in 2021 from a professor whom herself was a second generation immigrant.

Dean of Penn’s Carey Law School, Theodore Ruger, released a statement on Jan. 3 both condemning Wax’s remarks and reaffirming her status as a tenured professor.

“Wax’s recent comments inflict harm by perpetuating stereotypes and placing differential burdens on Asian students, faculty, and staff to carry the weight of this vitriol and bias,” he wrote. “Yet Wax makes these statements as a faculty member with tenure.”

Ruger went on to defend the importance of tenure, stating: “The same academic freedom principles that permit current scholars to engage in critical and overdue analysis of this nation’s historical and structural discrimination – despite zealous efforts to censor such speech by some – also apply to faculty like Wax who voice xenophobic and white supremacist views.”

Wax, a second-generation immigrant whose parents originally come from Eastern Europe, has previously made overtly white supremacist remarks, and in 2019, she was prohibited from teaching core curriculum classes at Penn Law School. Based on Ruger’s recent statement, it is unclear whether or not she will face additional repercussions.

Feature Image via The Glenn Show 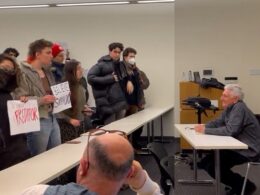 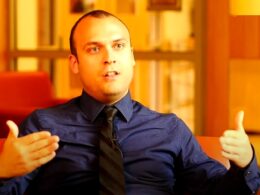 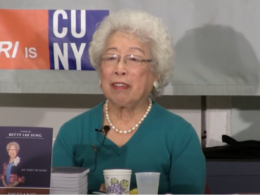