Award-winning journalist Lisa Ling’s new docuseries on Asian cuisines and their histories across the U.S. debuts on HBO Max today.

“Take Out with Lisa Ling,” which consists of six episodes, follows Ling’s journey across the U.S. to meet restaurateurs from various Asian backgrounds. For the first time, they are able to share their personal stories to a wide audience.

“There are more Chinese restaurants in this country than McDonald’s, Wendy’s and Pizza Hut combined,” Ling told NextShark. “But these days even in the smallest corners in America, you’ll also find Japanese food, Korean food or maybe even Filipino food.

“People really love Asian food in America, but they don’t know the stories behind the restaurants and rarely get an opportunity to go into the kitchen.”

Ling herself comes from a family who ran a Chinese restaurant called Hop Sing Eat Shop in Folsom, California. While this is the case, she said she had never imagined fronting a show that highlights Asian food and Asian American history.

“The coolest thing about the experience is every community that we visited and every person that we interviewed just expressed such gratitude and said, ‘Thank you for telling our stories’ in a way that I have never experienced before,” Ling recalled.

Growing up in a non-diverse community, Ling admitted to having feelings of shame around Chinese food when she was younger. Her grandparents, who were highly educated immigrants, saved money to open Hop Sing Eat Shop in pursuit of the “American Dream,” despite not knowing how to cook at first.

“Take Out” took all summer of 2021 to film under COVID-19 protocols, Ling said. They also followed an intense schedule that only allowed them to be on the ground for three days.

Despite the hard work, Ling said they were filled with joy in each other’s company. Nearly all of the crew members were Asian American.

“We had to shoot everything within a course of three days, but the majority of our crew was Asian American. For all of us, we never worked with this many Asian Americans on a crew before,” Ling said.

“We were all so invested in a very special kind of way. So while it was hard, it was just a special experience.”

SOOO STOKED that @the_linda_lindas wrote the theme and series title song for #TakeOutWithLisaLing And here it is!

Outside of some popular hot spots in her home state of California, Ling sampled restaurants in parts of Virginia, New Orleans and New York City, which all have a rich Asian American history. At its heart, “Take Out” aims to cast a light on the diversity of Asian cultures, defying systems that lump Asian Americans as a monolithic group.

“This show isn’t a cooking show, because I don’t cook,” Ling said with a laugh. “But it’s an opportunity, especially in this climate of attacks on Asians, to get to know these buried Asian American histories and cultures through the lens of food that everyone has come to love.”

Ling believes the lack of teaching Asian American history is one of the reasons why Asian Americans have become scapegoats during the pandemic. She hopes the show will help change perceptions toward AAPI populations.

“When there’s no reference for an entire community’s inclusion in the country, it’s easy to overlook an entire community and even dehumanize it,” Ling said. “No matter how much we have succeeded or no matter what we’ve achieved, there will still be people in this country who don’t see us as Americans.

“So while the show is a fun one, it’s also a really emotional one and an important one. I think it would be hard for people to think the same way about the Asian American community after watching the series.”

Needless to say, while “Take Out” celebrates the diversity of Asian cuisines, it also offers a much-needed sense of collective identity.

“Take Out with Lisa Ling,” is co-executive produced by Ling, Helen Cho and David Shadrack Smith. The show, which also has a theme song written and performed by The Linda Lindas, is available to stream now on HBO Max. 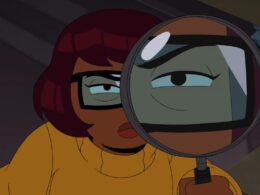 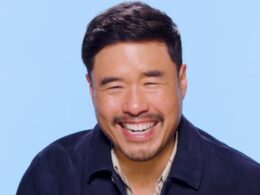 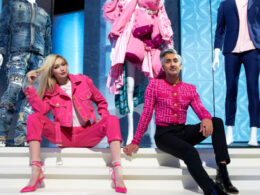 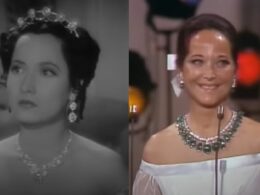