A homeless shelter expansion in the Chinatown-International District, SODO and Pioneer Square neighborhoods in Seattle has prompted community members to host an informational meeting to address King County council’s “neglect of the neighborhood.”

The project, which will house nearly 500 people, was approved by the council back in May. However, many community members only heard about the project in July. They expressed their frustration at the county council, noting that they were left out of conversations.

“It’s not the unhoused that are causing the problem. It’s a contributing factor to how the city is neglecting this neighborhood,” community member Matt Chan reportedly said. “The deep community engagement that’s needed doesn’t take place.”

“The government is supposed to help people, not do things to people,” he added. “They’re deciding what’s best for our community with cursory community engagement, and that’s just dead wrong.”

There are reportedly a total of 10 homeless shelters already in the neighborhood. The latest expansion will cost around $22 million to operate. It will also include a sobering center, a tiny house village, a mental health treatment facility and a parking space for RVs.

Community members are upset that they were not consulted about the project before it was approved.

“They need to provide the structure to keep this neighborhood safe,” Chan stated. “They need to clear the encampments. The people living in encampments in this area should have first priority to this shelter.”

“There are empty lots and empty buildings in white neighborhoods, and the fact that you do not schedule it is racist. Absolutely flat out racist,” another community member reportedly said.

In an email sent to KOMO last month, the King County Department of Community and Human Services said that the “King County, City of Seattle, and KCRHA connected with more than a dozen community groups before the lease was transmitted to the King County Council.”

“We also conducted two community meetings after the lease was approved by Council,” they claimed. “SODO BIA hosted the first meeting and the CID Public Safety Council hosted the second meeting. King County continues to join monthly CID Public Safety Council meetings. KCRHA intends to hire a dedicated outreach person to work directly with the CID community as part of this project, and KCRHA Systems Advocates are on the ground in the CID making connections with people living unsheltered as part of Partnership for Zero.”

The homeless shelter expansion is proposed to be built before the end of the year and begin operating sometime in the late fall. 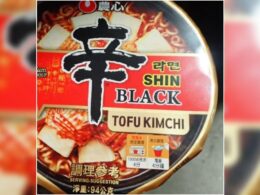