March Tian Boedihardjo is an 18-year-old, Hong Kong-born, Indonesian-Chinese genius who recently finished his doctorate program to become an associate professor of Math at the University of California, Los Angeles (UCLA).

The young prodigy, who began his university education at the very young age of nine, is set to begin his three-year contract with UCLA this year, according to Apple Daily (via Coconuts Hong Kong).

He first made headlines back in 2007 after the completion of his A-Level exams in the U.K.

Finishing with As in both Mathematics and Further Mathematics, Boedihardjo was admitted to Hong Kong Baptist University, becoming the youngest university student in Hong Kong. In an interview then, he revealed that his dream was to become a lecturer.

To suit his age, the university created a tailored 5-year curriculum program for him. Boedihardjo later criticized his classes because he found them too easy and less than stimulating on his first day. He completed the program in 2011.

In response to a recent question whether his dream has already been fulfilled, he said, “Yes, but not entirely. It’s only a three-year contract and I still don’t know what I’m going to do after it ends.”

He also expressed he is not too fond of the “prodigy” tag as he felt it implied he didn’t work hard for his accomplishments.

However, it is worth noting that intelligence does run in the Boedihardjo family’s blood. Horatio, March’s elder brother got into Oxford University when he was just 14, while their father had an accelerated early academic career, moving two grades up in his primary school.

To the observers who have expressed concerns that he might not have lived a happy childhood in his academic pursuits, Boedihardjo stated that he regretted nothing, saying, “If I were given a second chance, I would have gone down the same path.” 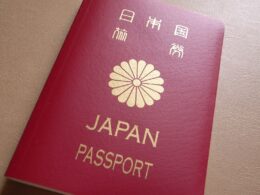