South Korean speed skater Lim Hyo-jun has been banned from the country’s skating federation for one year after he reportedly pulled down the pants of a male teammate in front of other female skaters.

On June 17, Lim pulled down the pants of a younger, unnamed teammate at Jincheon National Training Center in Jincheon, South Korea, which was caught on camera, according to the South Korean media.

The CCTV of the incident was reviewed by the South Korean skating federation, who spoke to the two individuals involved and other witnesses.

Ultimately, the federation decided on a temporary ban for sexual harassment, according to Yonhap News Agency. 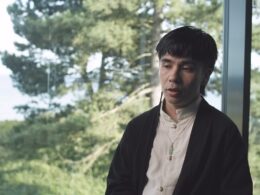