“YUKON (INTERLUDE)” was written and produced by Joji and is a follow-up to his viral June single “Glimpse of Us,” which became his first top 10 hit on the Billboard Hot 100. The single is reportedly a primer for “SMITHEREENS,” which will be his latest album following his 2020 sophomore album “Nectar.”

Joji’s music projects align with his sold-out upcoming “SMITHEREENS” tour which will start in September in Palo Alto, California, and conclude in October in Atlanta. Over 110,000 tickets have reportedly been sold so far.

Joji’s upcoming album will be released on Nov. 4 under 88rising Records. This past weekend, Joji was a headlining act at 88rising’s Head in the Clouds music festival and also played a DJ set under the stage name YEBI LABS. Other notable artists who performed during the festival include Rich Brian, Jackson Wang, CHUNG HA, Jay Park, MILLI and BIBI. 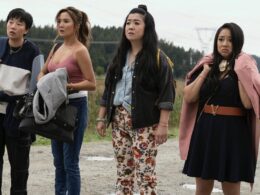