Jeremy Lin is an NBA Champion 🙏

The Raptors defeated the two-time defending champion Golden State Warriors 114-110 on Thursday in Game 6 of the NBA Finals.

WE. THE. NORTHHHH!!! Grateful to God, all the prayer warriors and the crazyyyyy fans! This squads full of soldiers! #Finals #history 🙌🏼🙌🏼

Upon reaching the finals, Lin became the first East-Asian to reach the NBA Finals, the first Asian American being Jordan Clarkson, who is of Filipino descent.

Thats a wrap for APAHM!! In the words of the amazing @iamsandraohinsta, it truly is an honor (or should I say honour🇨🇦) to be Asian!! I hope the next generation of Asian Americans never feel that their background is something to hide. Our cultures awesome and should be celebrated, not hidden or mocked. Props to @88rising and @jubileemedia and @jasonylee_ for my other APAHM outfits! Did i wear the same shoes in every photo? Yes yes I did but idc bc my all my stuffs still in Atlanta lol. See everyone for game 3 👊🏼 #asianinvasion

Lin earned his spot as an NBA Champion by playing under a minute for the entire series. In the third game of the finals series, he was sent in as the clock winded down in the final minute of the match.

Some said he’d never win a title.
Some said he was washed up.
But he kept grinding.
He kept going.

His minimal exposure in games as a Raptor has got some fans irked, especially at times when his expertise is needed the most. Earlier this week, NBA fans took to social media to react with anger that he wasn’t put in during game five of the finals, with many suggesting he would’ve made the potential game-winning point that Kyle Lowry missed.

Lowry had the ball for the last play of the game with the Warriors leading 106-105 and time running out. Lowry missed, not even hitting the rim and the Warriors forced a game six in Oakland on Thursday.

Recalling Lin’s famous last-second three-point game winner from his “Linsanity” days with the New York Knicks in Toronto in 2012, many fans suggested that Lin would have easily made it.

Another suggested Lin “would’ve at least hit the rim.”

Lowry made up for the miss by contributing 26 points, nine assists and seven rebounds to lift the Raptors in the thrilling game six victory. Pascal Siakam added 26 points, while Fred VanVleet had 12 of his 22 points in the fourth quarter. Kawhi Leonard delivered 22 points, and Serge Ibaka contributed 15.

The Raptors are bringing the Larry O’Brien Trophy as NBA champions home to Canada for the first time, 24 years after entering the league. 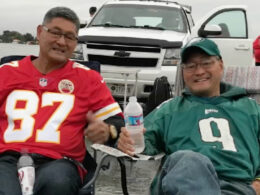 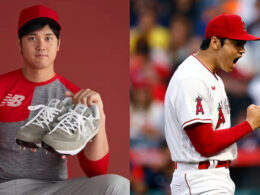 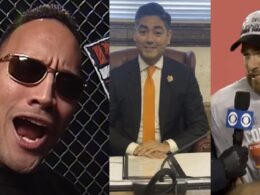