Indonesian singer-songwriter Niki goes back to “High School in Jakarta” with a new single and music video.

Per a press release about the new song, “‘High School in Jakarta’” brings listeners “back to the start of Niki’s first romance, capturing the intense whirlwind of emotions that come with the beginning of falling in love.”

The track highlights Niki’s singing and songwriting capabilities and features “a light and playful melody that accentuates Niki’s vivid and eloquent storytelling ability. The accompanying video sees Niki transported back to the trials and tribulations of high school, all while experiencing the thrill of her teenage first love.”

The track is a follow-up to Niki’s single “Oceans and Engines,” which was released last month. Both songs will appear on Niki’s forthcoming album “Nicole,” which is scheduled for release next week.

Niki is set to embark on her first solo North American tour starting in Vancouver on Sept. 8 and wrapping up in Los Angeles on Oct. 22.

Niki’s tour dates and venues are as follows:

The 88rising artist will perform at the Head In The Clouds music festival at the Rose Bowl in Pasadena, California, on Aug. 20 and Aug. 21. Some other artists who will also be performing include Rich Brian, Jackson Wang, Chungha, Jay Park, Mili and Bibi.

Back in April, Niki became the first Indonesian artist to perform at Coachella. Her performance was one of many historic moments at the festival that involved Asian artists, such as CL’s surprise reunion with her 2NE1 group mates and Aespa becoming the first K-pop girl group to perform on Coachella’s main stage.

Earlier this week, 88rising announced Head In The Clouds Jakarta, which is scheduled for December. 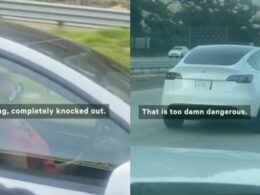