A new poll reveals that Democrats are losing the support of Asian American and Pacific Islander voters in swing states, which is predicted to have a large impact on the Congressional and general elections.

In a poll commissioned by Civiqs for AAPI civic engagement organization Justice Unites Us, Democrats no longer have the same backing of AAPI votes in the battleground states of Wisconsin, Arizona, Pennsylvania and Georgia as they did in 2020.

In the four swing states listed, AAPI voters are now found to lean Democrat by a much slimmer margin of 53% to 43% in the generic ballot.

According to exit polls, President Joe Biden had previously won with more than 61% of the fast-growing electoral bloc.

The poll also shows that AAPI voters are most concerned about the cost of living, jobs, gun control and election integrity.

The sharp decline in the president’s approval ratings, which is currently at a mere 39% according to a recent USA Today-Suffolk poll, appears to mirror the rest of the country’s sentiments as well.

In a statement, Aftab Pureval, Democratic mayor of Cincinnati and co-chairman of Justice Unites Us, emphasized the importance of rallying Asian American support for the November elections.

“If Democrats are going to win this November we must mobilize the AAPI community, and we must begin that work now.”

He also added that, “While it’s clear that our party has lost ground due to the challenging electoral environment, there is still tremendous opportunity with AAPI voters if we invest in mobilizing and turnout.”

Asian American and Pacific Islanders are the fastest growing demographic in the U.S., making up eight percent of the population. They are not an insignificant portion of voters, as proven by their leading role in the ousting of progressive San Francisco District Attorney Chesa Boudin last month.

While the general elections are not until 2024, comparisons have been drawn between Biden and former U.S. President Jimmy Carter, who was elected after the Watergate scandal. Carter went on to lose his second bid for presidency to Republican candidate Ronald Reagan after appearing ineffective to voters. 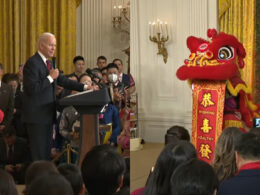 ‘I will not be silent’: Biden calls for end to hate in White House’s first Lunar New Year celebration 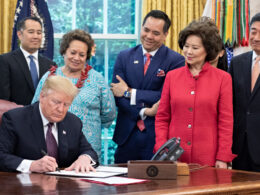 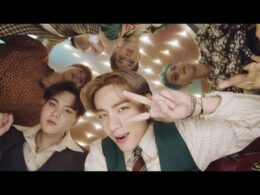 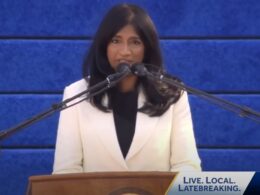