Following the reveal of their title track “Shut Down” on Tuesday, the album’s full tracklist was announced via BLACKPINK’s social media accounts on Wednesday.

“Born Pink,” which is set to release on Sept. 16, features a total of eight songs, just like the YG Entertainment girl group’s first album, “The Album,” back in 2020. Aside from the title track “Shut Down” and the prereleases “Pink Venom” and “Ready For Love,” the highly anticipated album includes “Typa Girl,” “Hard to Love,” “The Happiest Girl,” Tally” and “Yeah Yeah Yeah,” with the last track notably crediting members Jisoo and Rosé. This marks Jisoo’s second songwriting credit following her hand in their title track “Lovesick Girls” from “The Album.”

While fans are happy to see BLACKPINK members getting credits on songs, some are expressing their frustration over the absence of two rumored songs from Jennie and Rosé, which OneRepublic frontman Ryan Tedder was involved with.

Ryan Tedder isn’t in the credits at all, so that means NONE of the music JENNIE and ROSÉ made in LA was included in the album… Ryan even said that the girls basically made those songs on their own. YG doesn’t want the girls to see success or get credit for literally anything

jennie and rosé went all the way to LA to make music along with ryan tedder just for yg to throw it all away, yeah okay

Ryan Tedder really be mentioning always the he is working with bp since last year, and no sight of his name in the credits 😭

so what happened to the ryan tedder song? does this mean it’s for something else? JNK1 is coming omg pic.twitter.com/ZXyfV6toKb

and where the fuck is ryan tedder? they rejected three song from a world class producer who has worked with beyoncé😭 and one of those was written by chaennie, they deserve better, im done now

BLACKPINK’s new songs will most likely be featured in their upcoming world tour, which will start next month in Seoul. The tour will span seven months in over 25 cities around the world, including several stops in North America, Europe and Asia-Pacific. YG Entertainment has claimed that the upcoming tour will be “the largest world tour in the history of a K-pop girl group.”

In other BLACKPINK news, the superstar quartet recently performed “Pink Venom” during their U.S. award show debut at the 2022 MTV VMAs last month. K-pop groups BTS, SEVENTEEN and BLACKPINK all made history with historic wins at the award show. BLACKPINK notably won Best Metaverse Performance for their virtual concert and collaboration with “PlayerUnknown’s Battlegrounds Mobile,” where they debuted the music video for “Ready For Love.” 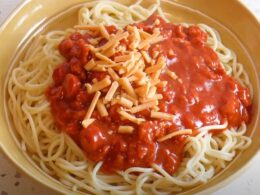